So what do you know?  We ask Neil Davies, NDP Director, co-founder and Director Disqualification solicitor what makes him tick?

Neil specialises in Director Disqualification, Commercial Litigation, Insolvency,  Debt Recovery and Regulatory matters. But aside from being an expert lawyer, what sort of person do you get when you instruct Neil? What makes him tick? Other than Aston Villa, of course. 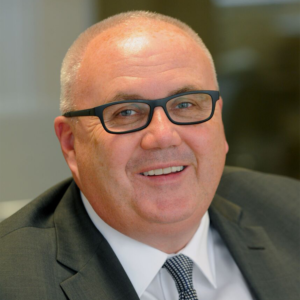 Why did you become a lawyer?

I did an A Level Law course and was immediately hooked by the thrill of arguing points (nothing has changed!).  After that, I sort of fell into it.  There is rarely a dull day.

Your most embarrassing moment as a solicitor?

As a newly qualified solicitor, back in the day one Monday morning, I undertook my first open Court appearance, which had involved my spending the preceding weekend prepping the 40 odd winding-up cases that I was to deal with at Court.

However, when my name was called by the Judge, I stood up and knocked all 40 cases papers off the desk into an unfathomable morass of paper on the floor.  Luckily, the Judge laughed as loudly as the other 10 Solicitors and Barristers in the room.  Moral of the story – put elastic bands around files.

Your proudest moment in your legal career?

A brilliant recognition of the hard work and passion the NDP team has put into the job, day in day out, over the last 11 years.

What piece of wisdom would you pass onto a child?

What is your unfulfilled ambition?

Persons who most influenced your life?

What do people get wrong about you?

People assume that I am gregarious and outgoing. The reality is I am never happier than in the company of my wife, dog and close friends, in and out of the law.

A Christmas Carol – Charles Dickens.  Aside from being a Christmas book (my favourite time of the year) it reminds us of the joy we can get from doing good stuff for others.

‘In Bruges’ is a quite brilliant black comedy with (warped) reminders of the values of integrity and friendship and following a moral code.  It also contains some of the best movie one-liners ever!

Radio every time.   There is no greater lift than hearing a favourite song or listening to great sports commentary, whether it be football on Radio 5 or cricket from overseas in the depth of winter on TMS!  The radio is the soundtrack to my dog walking life with Mac, our mad working Spaniel.

‘Every little thing she does is magic’ by the Police.  Evokes fond memories of life at University (enough said…)

The internet, which is also the worst invention ever, because of its demands for immediacy.

Not keeping a written log of the mishaps and great moments of 30 years spent in the law.  I will one day write that book of my adventures, but I have a terrible memory.

The person from history you would most like to have a pie and pint with?

Winston Churchill.  He crammed so much into his working life and made decisions that changed world history (he was also reputed to have a great red wine cellar…).

How would you spend your fantasy 24 hours, with no travel restrictions?

I would wake at 3:30am in the Bay of Islands, New Zealand and go sea fishing with my family and friends out there.  Breakfast would be barbequed fish, from our catch, with a beer or two.

Lunch would be spent with our American friends and family at the Elephant and Castle Bistro in Greenwich Village, Manhattan, eating their dish of the day.

Lunch would be walked off by a stroll through Nefyn Golf Course, on the Lleyn Peninsula in North Wales, with Mac the Spaniel, my wife and our friends en route to a pint at the Ty Coch, the pub on the beach at Porthdinllaen (check it out!).

Dinner would be a curry with my wife, our friends and family at Akbars in Coventry – the best Jalfrezi ever!

The day would end with my learning that the mighty Villa had beaten Birmingham City 5-0, that the British and Irish Lions had won the upcoming Test series in New Zealand and that it was snowing heavily outside (we all love snow).

So, now you know a bit more about Neil

As you can see, there’s more to the Director Disqualification and Insolvency Specialist that Neil is in his professional life. We should also say that Neil’s mantra as a solicitor is that ‘no hole is too deep’ for him or his colleagues to make a difference when a client instructs NDP – here are a few testimonials. If you do need advice and help from Neil in his areas of specialism, just call him on 0121 200 7040 or contact him. The first discussion, over the ‘phone or a coffee, is free.