In this case study, we detail how fast and decisive action by our insolvency litigation solicitors saved the day for a director whose company had been issued with a winding-up petition. He had been advised by an insolvency practitioner that the ‘game was up’ and the only option was to enter into voluntary liquidation. On investigation, we found that there were more options available and were able to help the director – and his company – find a better solution. Above all the key was to take swift and decisive action.

“Imagine the scene. 6.00 pm on a dark, winter’s night just before Christmas.  I was just packing up to leave the office for home, when the office landline rang.

It was a London based Company Director.  He explained that his building company (‘the Company’) had been served with a Winding-Up Petition (‘Petition’) the previous day from HMRC, claiming £300,000 odd, for unpaid taxes owed by the Company.  The debt was not disputed by the Company.  The Director had found us on the web through a Google search.” 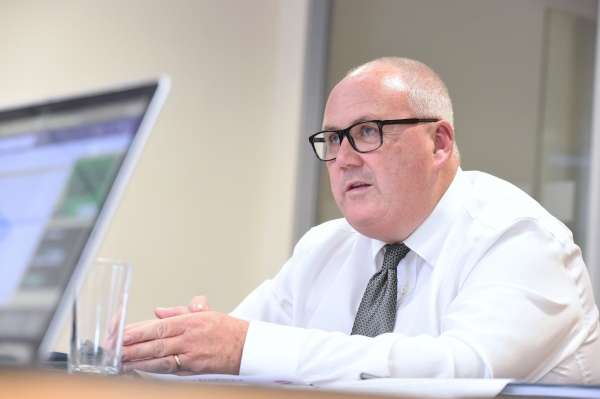 “I spent an initial hour on the phone with him.  The Director explained that the Company had enough cash to pay the Petition debt, but he had held off paying HMRC because:

What Did the Director do on Receipt of the Petition?

He spoke to the Company Accountant, who in turn referred the Company for advice to a local, London based Insolvency Practitioner.

The Insolvency Practitioner Advised…………..That the Game Was Up…..

………..because the Petition had been issued.  He further advised that the Company should look to enter into voluntary liquidation, appointing him as Liquidator, as soon as possible. The Company had over £150,000 in its Bank account at that point.

There Were Other Options Available to the Company

There was (remarkably) no real discussion with that Insolvency Practitioner (or advice from him) as to the other options that were available to the Company. These included:

In other words, voluntary liquidation was not the only option. On NDP’s advice, the client decided to seek alternate insolvency advice immediately.

The Next Steps – Neil Takes up the Story

“I know from experience how important it is to move quickly when a winding-up petition has been issued. Once I got home, I spoke that night with the Director and his Accountant and received from them by email cashflow projections, a copy of the Petition, details of the debtors due etc.

A meeting was then arranged by me by phone that evening, for the next morning in London, with a tried and trusted Insolvency Practitioner contact of mine, local to the Company.”

Why Did we Recommend an Alternative Insolvency Practitioner?

“We chose that Insolvency Practitioner because we know he specialised in turnaround and insolvency in the Construction industry – our client’s industry sector. We had worked with him and his firm on a number of occasions and had been impressed with how he worked. I spoke to that Licensed Insolvency Practitioner at length that same evening and updated the Director and Accountant as to those discussions in advance of the meeting.

The Director and his Accountant met with our trusted Insolvency Practitioner contact the next day.   I joined into that call by telephone.  Ironically, I was in another meeting, also in London, on that morning so could not physically attend.

All (emphasis added) of the options available to the Company were explained and discussed in that meeting, in the context of, and in the knowledge of, the wider and full financial position of the Company, the contractual position on various ongoing jobs and the needs of the Company and its customers on the Company’s ongoing projects.”

A Structured and Controlled Way Forward Was Agreed Upon

A structured, controlled way forward was decided upon and agreed between all concerned.  The debtor money was quickly collected in with assistance from the insolvency litigation solicitors here at NDP (owed in the main on finished jobs).

With the knowledge and concurrence of key clients and key creditors, the Company was placed into pre-pack administration, with the consequence that:

All in all, the best possible outcome was achieved for all concerned.

Breach of those duties by the Director is territory that the Director should avoid, leading as it can, for example, to:

At NDP, our team of insolvency litigation solicitors has over 100 years of combined experience in the sector, and is passionately committed to advising Directors, Companies, creditors and Shareholders and assisting them to achieve the best possible outcomes, especially when facing insolvency, director disqualification, a misfeasance claim or, as in this case, a company winding-up petition.

Neil Davies who heads up the NDP team of Insolvency Litigation Solicitors is:

If your company has been issued with a winding-up petition by HMRC, call us on 0121 200 7040 or contact us as soon as possible. As this case study shows Neil and the team will work late and through the night in order to get the ball rolling quickly to help you achieve a positive outcome.