These are worrying trends for directors, and they are detailed below. In our next article we will predict what we think might happen during the next 12 months in the world of director disqualification.

We have identified (and discuss below) the following 8 trends, all of which represent an increase in the Insolvency Service’s armoury for use against directors:

Scroll down for more,

Our solicitors are, at any point in time, representing and advising many Directors in Director Disqualification cases. Click here to see some testimonials. NDP Director, Neil Davies – formerly an advisor to the Insolvency Service and now a Consultant Editor to the leading disqualification work, Mithani: Directors’ Disqualification says:

“The time when a Director could simply sign off a Director Disqualification Undertaking, believing that to be an end of his woes (if such time ever really existed) has long since gone.

The need for expert care in dealing with and disposing of a Director Disqualification investigation has never been greater.”

We have noticed new and different types of misconduct being alleged and pursued by the IS. These are in addition to the old IS favourites, which include:

Increasingly, allegations against Directors/officers now include:

A company may have adequate insurance to cover direct financial claims by an injured person, but this is a developing area of law, requiring specialist advice. Such claims are often massive. Criminal allegations and Director Disqualification allegations may follow against Directors.

Types of specific conduct which can be pursued are, it seems, discretionary decisions for IS/the Secretary of State (‘SOS’).  This is a moving, developing feast.

We are seeing numerous (and an increasing volume of) cases where criminal law offences are being investigated and pursued via the director disqualification route, which has historically been for civil cases.

MTIC fraud allegations were historically pursued through the Criminal Court with successfully prosecuted Directors facing years behind bars.   Now we are seeing such cases being pursued through the Civil Courts.  Quite a change in approach, perhaps caused by a strain on ever shrinking Criminal Legal Aid budgets.  NDP has successfully opposed such cases for Directors.  Making IS prove its case (which is difficult for the IS) is essential.

“6       Duty of court to disqualify unfit directors of insolvent companies.

(1)     The court shall make a disqualification order against a person in any case where, on an application under this section, it is satisfied:

However, increasingly, directors of solvent companies are being pursued

Pursuit of a Director of a solvent company is the exception rather than the norm.  Such cases are pursued most commonly under section 8 (rather than section 6) of the CDDA. Section 8 states:

“8       Disqualification of director on finding of unfitness.

(1)     If it appears to the Secretary of State that it is expedient in the public interest that a disqualification order should be made against a person who is, or has been, a director or shadow director of a company, he may apply to the court for such an order.”

So, when is section 8 used?

We have (for example) seen section 8 deployed in recent times, to pursue a Director of an on-going, trading company which employed illegal workers.  We represented and successfully opposed disqualification claims against the relevant Director.  Our arguments were based upon the facts of that case, where we secured a victory for the Director, despite a Criminal conviction against the company for the offence of employing legal workers.

Unlike some other firms, we never forget that every case turns upon its own particular facts and the very best presentation of those facts.

The Insolvency Service set up a stand-alone team of Criminal investigators during 2017. It is unsurprising, therefore, that we are now seeing many Criminal cases being pursued against Directors, as those investigators progress their investigations into pursued cases.

NDP currently represent a Director who, with the benefit of advice from a large London law firm, entered into a Director Disqualification Undertaking.  The Undertaking was given upon terms where the Director admitted, in these Civil proceedings, 2 Criminal law offences, carrying terms of imprisonment, if proved against him in a Criminal Court.

Having made those admissions in Director Disqualification proceedings for the purposes of Civil law, the Director is now being criminally prosecuted.  The prosecution is for the same books and records offences – under section 386 of the Companies Act 2006 (‘duty to keep adequate accounting records’) and section 387(i) of the same Act, (‘failure to preserve accounting records’).  Specialist advice is essential in these situations. There are here (for example) abuse of process arguments available to the Director.

Whilst the Criminal prosecution authority must discharge a higher burden of proof than in Civil proceedings to secure a Criminal conviction, this is a worrying trend for Directors.

In short, Directors can no longer safely admit in a Civil context, Criminal law offences without very careful analysis of the potential wider impact.

TREND 5 – The IS investigating and pursuing allegations of unfit conduct, relying upon unproven and disputed matters of fact

In our opinion, it can never be appropriate to make such allegations of Unfitness against a Director in disqualification proceedings, where there is a significant factual disagreement as to the underlying case.

The disqualification arena is not the right forum for such matters to be determined. Nevertheless, NDP have seen (and successfully opposed) such conduct by the IS in recent times.

The Insolvency Service is issuing section 16 Company Director Disqualification Act letters, threatening commencement of Disqualification proceedings, without having draft evidence available to give to the Director (despite what is said and offered in the Section 16 Letter!).

The ‘Section 16 Letter’ is the letter from the IS to the Director, which tells the Director:

All good so far…except in a number of cases we have recently been involved in, where we have requested the offered draft evidence from the IS. However, in several cases, we have established that no draft evidence has yet been prepared by the IS, despite what the Section 16 Letter says.

In our view, the IS position is wholly inadequate. Failure to provide evidence is a trend that should be strongly opposed (i.e. by demanding from the IS the draft evidence) on each and every occasion it happens.

Director Disqualification cases inevitably turn upon their own particular facts.   This is regardless of how straightforward a case might appear at first sight.  It is imperative, therefore, to see and understand the written and documentary case that the Director faces.

Director Disqualification cases are won (and lost!) on the interpretation and understanding of the evidence. This analysis cannot happen without the IS producing the draft evidence.

TREND 7 – Internal procedures within the IS – potential or actual conflict of interest.

The Insolvency Service is advised by a Panel of external Solicitors.  Possibly due to the absence of enough qualified IS staff, we have seen a growing trend of Panel Solicitors investigating the IS’ cases.  The issue arises when the Panel Solicitors recommend that their cases be pursued and the self-same Panel Solicitors pursue those cases.

In our view, that is a recipe for problems.  Potential or actual conflict of interests can easily arise in such cases.   Experienced advisors such as NDP can readily identify the weaknesses – and likely weaknesses – for Directors in such situations.

TREND 8 – ‘Go straight to jail’ for Breaches of Disqualification Orders and Undertakings.

The Insolvency Service are taking an ever more pro-active approach to perceived breaches of Disqualification Order and Disqualification Undertakings by already disqualified Directors.  The IS often notified of such breaches by aggrieved creditors. 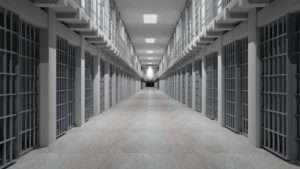 Directors really do now go to prison for such breaches.   Judicial Guidelines have recently been revised.  The revised Guidelines include direction that Judges should as a starting point issue prison sentences to Directors who breach a Disqualification Order/Director Disqualification Undertaking.

A Director breaking a Disqualification Order/Director Disqualification Undertaking is thus liable to be imprisoned and/or made subject to a fine. That is in addition to the Director becoming personally liable to pay company debts by reason of that breach.  Serious stuff indeed.

Take the case of Mr Sarkis Kouyoumdjan (‘Mr Kouyoumdjan’), who was banned under section 6 of the CDDA for 4 years in November 2011, because he had ‘caused’ his failed company not to pay taxes.

Mr Kouyoumdjan breached the Disqualification Order by continuing to run 2 branches of a restaurant brand in London.

The IS commenced a Criminal investigation.  Mr Kouyoumdjan pleaded guilty on 5 September 2018, to:

The Result – a 14 month Prison Sentence

Mr Kouyoumdjan was jailed for 14 months. He also received a further 9-year disqualification ban, imposed by the Criminal Court.

We envisage seeing many more such breach cases pursued as Criminal cases in the coming months.

The key question is: why would a Director take the unnecessary risk of breaching a disqualification order or undertaking, when skilled legal advice at an earlier stage would avoid the problem ever occurring?

Directors have no need to play with fire as Mr Kouyoumdjan did.

Having been banned for 4 years back in 2011, Mr Kouyoumdjan could have applied to the Court for Permission to Act in respect of the management of the ongoing restaurant businesses.

It is likely that on a well drafted (and brilliantly presented!) application to the Court by him, he would have been granted Permission to act (albeit perhaps subject to conditions).

Yes, there is a cost involved in instructing Director Disqualification Solicitors, such as NDP, to pursue a Permission application.

There is however a much greater financial (not to mention reputational and emotional) cost in instructing Criminal Defence Solicitors and Barristers to try and keep the Director out of prison for breaching the Order.  Let me think…!

Our recent experience is that the IS and the Court deal with such Permission applications sensibly and on their merits.  Permission is often granted to Directors on well-presented applications.

Conclusion. Directors are Under Attack More Than Ever. Act Quickly and Act Decisively

Acting positively, decisively and quickly will always help the cause of the Director under attack.  Having the best legal advice available is the second part of that jigsaw.

There are lots of things the Director under attack can do, even under greater attack.  Each and all of the matters dealt with above, merit and deserve an article to themselves.  NDP are extremely well placed to help in respect of all such matters. Click here to see some of our testimonials. Contact us or call us on 0121 200 7040

← Distinction for Insolvency Solicitor To Be Director Disqualification Predictions →