Contact us now if you are threatened with Director Disqualification

If you are a director and you are being threatened with Director Disqualification proceedings by the Secretary of State/Insolvency Service, talk to us. A disqualification period, which can be for a maximum of 15 years, will have a serious impact on the life of a director – both personally and in business. We have an excellent track record in helping to reduce or eliminate the prospect of disqualification for directors.

"
Client Testimonials
Our Misfeasance Claims Solicitors save a Director £1.3m in liquidator claims

Combined Liquidator and HMRC Claim of £1.35m settled by our Misfeasance Claims Solicitors for £65,000 – less than 5% of the original claim. “I can honestly say that I received the highest level of legal advice and service throughout the duration of my engagement with NDP during one of the darkest times of my life.”

» Click For More
“Dear Suky and Neil, I wanted to thank you both for your work and a great result in significantly reducing the size of the Insolvency Claim against the company. The whole family are overjoyed, and a massive weight has been lifted from everyone's shoulders."

Our Insolvency Litigation Specialists reduced an insolvency claim for an overdrawn director’s loan account, by c.£120,000. Our client was overjoyed. A massive weight was lifted from his, and his family’s, shoulders.

Finalists for Small Law Firm of the Year, 2019

We have been shortlisted for the Birmingham Law Society’s prestigious Law Firm of the Year Award for 2019 (up to 5 partners).

This is our 4th short-listing, all in a row, for the same award, having been the winners in 2016; an achievement we are really proud of. 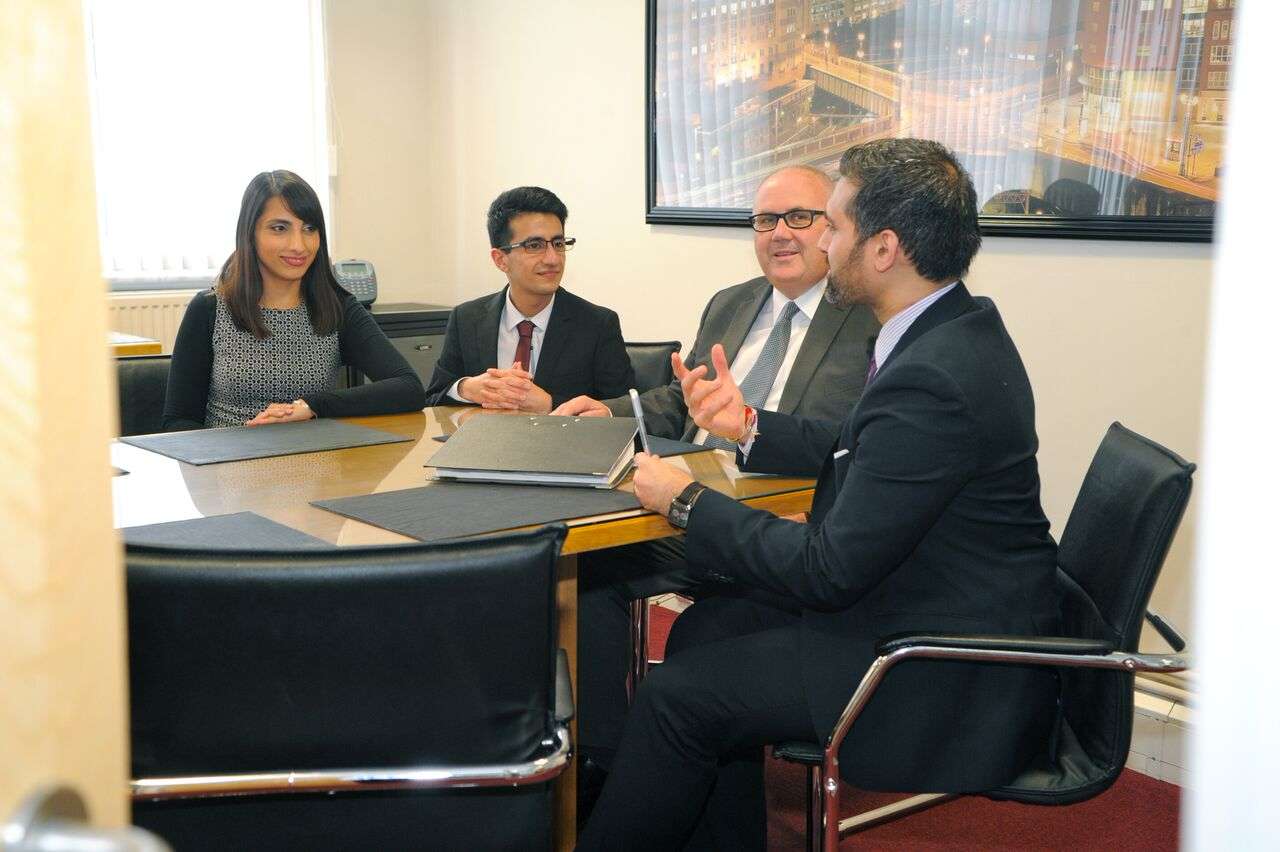 The Insolvency Service has many powers, and when it threatens a director with disqualification, the threat must be taken seriously. We know what they want, what the best solutions for our clients are to avoid disqualification and how to achieve them. You might say that we are Gamekeepers turned Poachers. The key issue for a director facing a disqualification investigation is to act quickly to maximise the available options.

Have a look at some of our testimonials where we have helped directors of companies avoid disqualification, or reduced the period of disqualification. We like to say that no hole is too deep for us to help, and we aim to be the directors’ friend, helping and supporting our director clients all along the way.

If you are threatened with Director Disqualification, the sooner we talk, the more we can do to help. Call us 0121 200 7040, for a FREE initial discussion, or Contact us.

If you are a director or a shareholder and you are facing Director Disqualification or a Misfeasance Claim, the quicker you take professional advice the more likely it is that you will get a positive outcome.

We have a strong track record in successfully defending our clients in these areas of law. Click here to see 10 reasons why Directors and Shareholders should use Neil Davies & Partners to defend them against Director Disqualification and Misfeasance actions.

The key issue for a director facing a director disqualification problem is to act early, to maximise options.

Click here to see our 5 Helpful Facts about Director Disqualification and how to deal with it.

We are regularly referred director disqualification cases by other Solicitors, Insolvency Practitioners, Accountants, local Law Societies and other professionals.  They know our expertise in this area of work and are content to entrust their clients to us.  NDP’s Directior Disqualifiucation Solicitors have an enviable reputation for excellence in this field of work.

Director Disqualification is stressful and has serious consequences

From the moment the notification of investigation from the Insolvency Service arrives, the whole process is stressful for the director. In addition, the cause of the investigation is usually due to companies – and therefore the director – facing a stressful insolvency or bankruptcy, perhaps through the non-payment of crown debt or other tax debts.

Contact us if you are a director under investigation

If the Insolvency Service is threatening you with a director disqualification investigation, call us now on 0121 200 7040 for a FREE initial discussion, or contact us online. The quicker you get in touch, the more we can do to help.

Director Disqualification is a detailed and complex area of law. For a list of questions that we are frequently asked in this area (FAQs), and their answers, click here.

See below for the areas that we can help you in if you have a director disqualification problem, and click for testimonials from our clients and case studies of our work.

We advise on the following areas (click on a section below to expand it):

The law has changed on Director Disqualification. The changes began on 01 October 2015, when new provisions relating to the Company Directors Disqualification Act 1986 (‘CDDA’) were introduced as part of the Small Business, Enterprise and Employment Act 2015.

Essentially, these new provisions tightened up the rules on Director Disqualification in several areas, to prevent Directors who have shown themselves to be unfit, from continuing to act as Directors for a specified, future period, without permission of the Court.

One of the areas where the provisions have been tightened is in Compensation Orders, where the changes are likely to be bad news for Unfit Directors and quite possibly for Liquidators and Administrators.

The framework and necessary subordinate legislation needed to see compensation claims against directors pursued is being put in place and was expected to come into force on 01 October 2016. In our view, this change is likely to result in significant personal claims against disqualified Directors. Click here for more details.

Contact us or call us on 0121 200 7040 for help and advice if you are a director facing disqualiifcation.

This pre-issue period is, in most cases, a time when you can tell your story, as a directior, to the Insolvency Service, in a structured and coherent way, without any risk that you will be responsible for the opponent’s costs.

If you have any documents or witnesses that you believe assist your case, now may be the time to produce them and their evidence to your opponent.

NDP’s Solicitors are well used to dealing with all of the above issues. Contact us for help and advice.

We know that the Insolvency Service may not even know your history as a director, or the reasons for the company failure at this point, or even of your experience with the Insolvency Practitioner who dealt with that failure. Contact us for help and advice.

NDP Team members have for over 25 years handled a myriad of fully contested director disqualification defence cases, from the more routine to the most serious and high profile cases.  We know each case is unique and we treat each case accordingly.

NDP has won many cases and persuaded the Secretary of State to abandon disqualification proceedings on many occasions. The client’s legal costs have often been recovered from the opponent on such occasions. Contact us for help and advice.

The maximum period which a director can be disqualified by way of an Undertaking is 15 years. The minimum period is 2 years. There are 3 distinct “brackets” of disqualification within this range.

Subject to the “gravity” of the offences giving rise to the allegations of unfitness, an individual director will face disqualification in one of those 3 categories.

The Secretary of State will nearly always accept a Disqualification Undertaking from a director if one is offered, providing that 2 main conditions are met:

Contact us for help and advice in this area.

Attending meetings with you and the opponent

Sometimes a meeting (whether before or after the commencement of proceedings) with the Insolvency Service or its solicitors is important, not only to get the side of the story of the director across but also to give the director a chance to ask questions of the opponent.  The meeting may significantly reduce the chances of disqualification proceedings being commenced or of you receiving a disqualification.Contact us for help and advice.

NDP will only advise a director to apply for permission to continue as a director if upon consideration of your case it appears there is a reasonable chance of success.  The NDP Team can maximise your prospects of success by being involved in your case as early as possible, so that the precise wording of any Undertaking you give to the Insolvency Service and the length of disqualification period is as favourable as possible.

As a rule, the longer the period of disqualification, then the harder it will be to obtain permission and the more conditions that may be imposed on that permission for the director.

In terms of seeking permission from the Court to continue acting as a director (or being involved in the management of an existing business), the procedure is governed by the Practice Direction on Director Disqualification Proceedings which came in to effect in April 1999.

The length of the hearing will depend upon the volume of evidence to be heard and the attitude of the Secretary of State to the application of the director.

Step 3 Serve the Application Notice, draft Order and finalised evidence on the Secretary of State (or its solicitors if they have one) at least 3 clear working days before the date of the hearing (although longer is always better as there are always pre-hearing negotiations).

Step 4 Enter into negotiations with the Secretary of State (or its solicitors) as to the terms of the draft Order you are seeking and look to reduce any differences between the parties. This is a vitally important stage as otherwise you can be bound by very onerous conditions as part of being granted leave to remain a director despite disqualification.

NDP’s Solicitors are well used to dealing with all of the above issues relating to director disqualification and permission to act. Contact us for help and advice.

If you or your business is experiencing director disqualification problems in any of the areas detailed above, contact us for a FREE initial consultation.

Directors Beware: Bear Traps on the Road to Liquidation!

What could possibly go wrong when Liquidation strikes? Director Disqualification, Liquidators’ Claims, Compensation Orders and even Criminal Investigations. Talk to us.

END_OF_DOCUMENT_TOKEN_TO_BE_REPLACED

The Importer’s Nightmare. Imposition of Security Duty by HMRC. Our commercial litigation specialists win against HMRC in the Tax Tribunal.

END_OF_DOCUMENT_TOKEN_TO_BE_REPLACED

Our Misfeasance Claims Solicitors Save a Director Over £1.28 million

Combined Liquidator and HMRC Claim of £1.35m settled by our Misfeasance Claims Solicitors for £65,000 – less than 5% of the original claim. “I can honestly say that I received the highest level of legal advice and service throughout the duration of my engagement with NDP during one of the darkest times of my life.”