First impressions count in life, when meeting someone new, interviewing someone for a job and even when choosing an Insolvency Solicitor to represent you. Many of our enquiries come from our website these days, where prospective clients particularly appreciate the number and quality of testimonials we put on the website.

No matter how well designed and written a website is (and they are key factors, of course), in our view, the proof of the pudding is in the eating, and that means our being able to demonstrate the results we get for our clients. We do that, initially, through the testimonials on our website.

In this testimonial, a new client explains why his first impressions led to him choosing us as his Insolvency Solicitors to represent him in a case intimated against him by the Official Receiver, following the voluntary liquidation of his company in 2015. After finding out that the Official Receiver was taking him to Court and having lost confidence in another firm of Solicitors, he was very stressed and needed to know that someone could help him, and quickly.  That is where we came in. 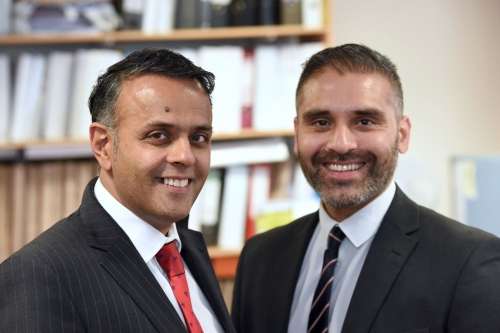 Our Client Explains Why the Official Receiver Has ‘Come After’ Him

“I am currently in a situation where I am being hounded by the Official Receiver, via their Solicitors, to try and exhort out of me thousands of pounds, a situation that has been on-going for nearly 5 years. I had a business – a limited company – go into Voluntary Liquidation in 2015, and as a Director of the company, I felt that would be the end of it, once the Official Receiver had done their paperwork.”

“In the event, the Official Receiver decided they would come after me, personally, and I had to instruct a firm of specialist Insolvency Solicitors who were recommended to me, in order to help me defend myself and probably pay them a lot of money for their services along the way.

Various correspondence went back and forth without an awful lot happening, which I found frustrating. They then told me that it would cost me £50K for them to defend me in Court, which was money I did not have. In 2017 I was advised to ignore the advice from the Insolvency Solicitors, on the basis that I did not feel I wanted to act on it and that they would probably go away.

Well, last week, over 2 years later, I had a letter from the Official Receiver’s Solicitors saying that they had issued Court proceedings and were going to take me to Court in Feb 2020. I decided I would represent myself as I still don’t have £50K to employ a Solicitor. It was a very stressful moment.”

“I was advised by a good friend that defending myself wasn’t a good idea, and that expert help was needed. He asked his contacts for recommendations, and the Insolvency Solicitors at Neil Davies and Partners were highly recommended. I looked at their website and was impressed by several of their client testimonials and what appeared to be their straightforward, no-nonsense approach. I decided to get in touch.”

We Respond Quickly and Positively. The Client Instructs Us. First Impressions Count!

“I emailed Neil Davies at 06:30 that morning and, much to my surprise (and relief) he replied to me before 9 am to say he would be delighted to help me.

He made himself available for an initial telephone conversation at 10.00, which is exactly what was needed – a swift, friendly and professional response.  I write this wishing I had known about Neil and his firm of Insolvency Solicitors 3 years ago as perhaps this matter would have been dealt with by now.

Right from the start of our conversation Neil made me feel very confident in his ability to help me and put my mind at ease very quickly – which had never happened with the first firm I had dealt with. He had already read the notes I had sent him to get an understanding of what the Official Receiver’s Solicitors were trying to bully me into, and then fired off a couple of emails to me explaining how he would deal with matters.

Neil focused on the need to counter the Official Receiver’s approach and take the game to them by making them cross their T’s, dot their I’s and make them feel they absolutely had to be on their game to take on Neil Davies & Partners.”

Neil Filled Us with Confidence. His Fees are Sensible, Too

“His manner was extremely pleasant.  He listened to me.

After all the stress of the past 4 years, my wife is still panicking about the possible outcome. Although she wasn’t involved in the business, she did loan the business some money and got it paid back over a 2–year period but is now being told to pay it back to the Official Receiver by their Solicitors. As a result, Neil invited us both to attend his offices for a half day so that she could see how he would get our defence sorted out, a date which was booked up and in the diary as soon as I instructed him to act for my wife and I.

I have full confidence in Neil Davies & Partner’s ability to sort this out for us.  Neil gave me a real feeling of support and confidence in his ability to deal with my situation and from my first impression I would highly recommend him to others if they are unfortunate to find themselves in my kind of situation.

Lastly, their legal fees are significantly lower than the other form of Insolvency Solicitors quoted…and I mean significantly.

It might seem odd writing a testimonial before the result I need has been achieved, but for the first time since all this started, I feel positive and optimistic about the future. I hope that soon I will be writing another testimonial to say how successful Neil and his team have been in defending my wife and I.”

Contact our Insolvency Solicitors for Prompt Help and Advice

This testimonial shows how first impressions really do count, from the first view of the website, to the first telephone call and the first meeting.

As experienced Insolvency Solicitors, we know how stressful and upsetting it can be when the Official Receiver puts the pressure on for large sums of money. We take every case on its merits, but very often, we find that there is everything to play for, and we will respond swiftly and professionally to the first request for a meeting. If instructed, we will act quickly to prepare a vigorous defence.

If you are a colleague requires our advice on any insolvency matter, please contact us or call us on 0121 200 7040 for a FREE initial discussion. We can do this by ‘phone, Skype, at our Central Birmingham offices or at a location convenient for you.

Suky’s expertise and skill not only allowed her client to avoid a significant period of director disqualification and potential criminal investigation, but also helped to preserve his ability to trade his current limited company (which thrives).

END_OF_DOCUMENT_TOKEN_TO_BE_REPLACED

The Importer’s Nightmare. Imposition of Security Duty by HMRC. Our commercial litigation specialists win against HMRC in the Tax Tribunal.