Misfeasance claims against directors are often brought by liquidators, under section 212 of the Insolvency Act 1986, and usually involve an allegation that a director has misapplied money or other property of the company and/or breached his/her duties as a director. These claims can be highly stressful. However, as this testimonial shows, they can be successfully defended and reduced significantly – in this case from a potentially ruining £86,000 to £1,000. Our client tells his story

The Initial Misfeasance Claim was for £152,000 and Was a Huge Shock

“Following the liquidation of my company, the Liquidator sought detailed explanations of transactions and made claims against me personally as well as my partner totalling £152,000.

Having already spent several years diligently cooperating to the best of my ability with the Liquidator and their appointed solicitors, it was a huge shock to be presented, out of the blue, with a claim that I had neither the financial or emotional resources, to deal with.

This sum was later reduced to £86,000 which remained completely impossible for me to deal with. I made every attempt to resolve this matter without the need for instructing solicitors, given my financial circumstances, but unfortunately it seemed like the Liquidator’s Solicitors did not want a forthcoming resolution.”

The Client Needed Expert Advice from our Misfeasance Claims Solicitors

“I knew I needed to seek specialist advice, and this is where I came across the website of Neil Davies & Partners, and began reading previous testimonials regarding similar claims to mine. It was instantaneously apparent to me that they really did know what they were doing and that before even speaking to someone at the firm, I would likely be in safe hands.

I had already spoken, informally, to one other specialist solicitor but it was clear to me that without huge initial cost they would be unable to grasp the basics of my predicament. This is where Neil Davies (an NDP Director) made the difference by being able to understand the strength and weaknesses of my situation from the basic summary I gave him.”

We Were Able to Get Things Moving Quickly

“Within a matter of days of my initial approach, I was discussing matters at length with Neil Davies and Kunal Bhalla, a Solicitor at the firm, who set out the way forward in dealing with matters. The way in which they began to decipher the case against me and set out the options I had in dealing with it, was reassuring. I felt at ease knowing that I had come to the right legal team to protect my position.” 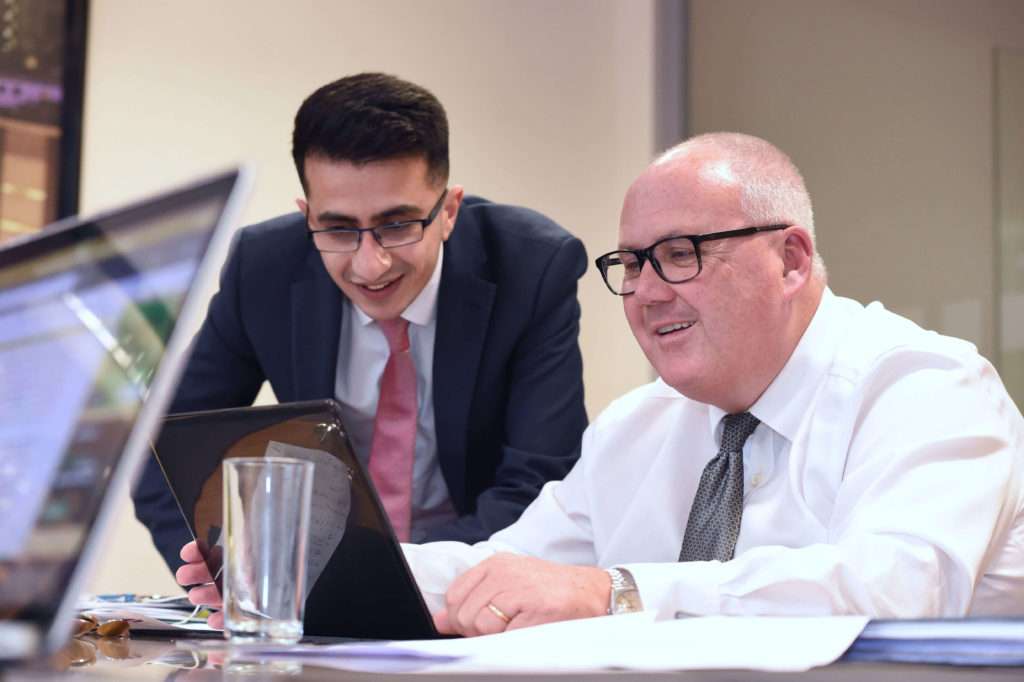 “Kunal was instrumental in negotiating a settlement for me on terms that I could not even imagine possible. I don’t think I am able to repeat the first words that came out of my mouth when Kunal told me the settlement sum he had agreed. I was facing a claim for £86,000 that would have changed my life as I know it, and Kunal was able to secure a settlement at £1,000.00 with the Liquidator’s Solicitors.

I would like to thank Kunal and Neil for their prompt and professional approach, as well as their commitment and personal support to me (the value of which can never be underestimated) and to my case. They were always there to talk and listen to me, no matter what time of day this was. I now have peace of mind and can draw a line under a very difficult and stressful time. I would urge anyone in a similar situation to get in touch with Neil and Kunal straight away.

Neil at the outset of the matter said he would resolve matters at an affordable price. I can honestly say that Kunal and Neil have provided me with a first-class service throughout and I cannot thank them enough for what they have done for me.”

Our misfeasance claims solicitors are highly experienced in defending directors against claims made by liquidators. Each case depends on its own facts, but we often are able to significantly reduce the level of a claim, and in so doing reduce levels of stress and help the director get back to a semblance of normality.

If you are facing a misfeasance claim and are looking for advice and support to help you through, please call us on 0121 200 7040 or contact us for a free initial discussion.

Our Commercial Litigation Solicitors look at how Directors are Using the Covid-19 Pandemic as an Excuse to Victimise Minority Shareholders. What action can be taken?