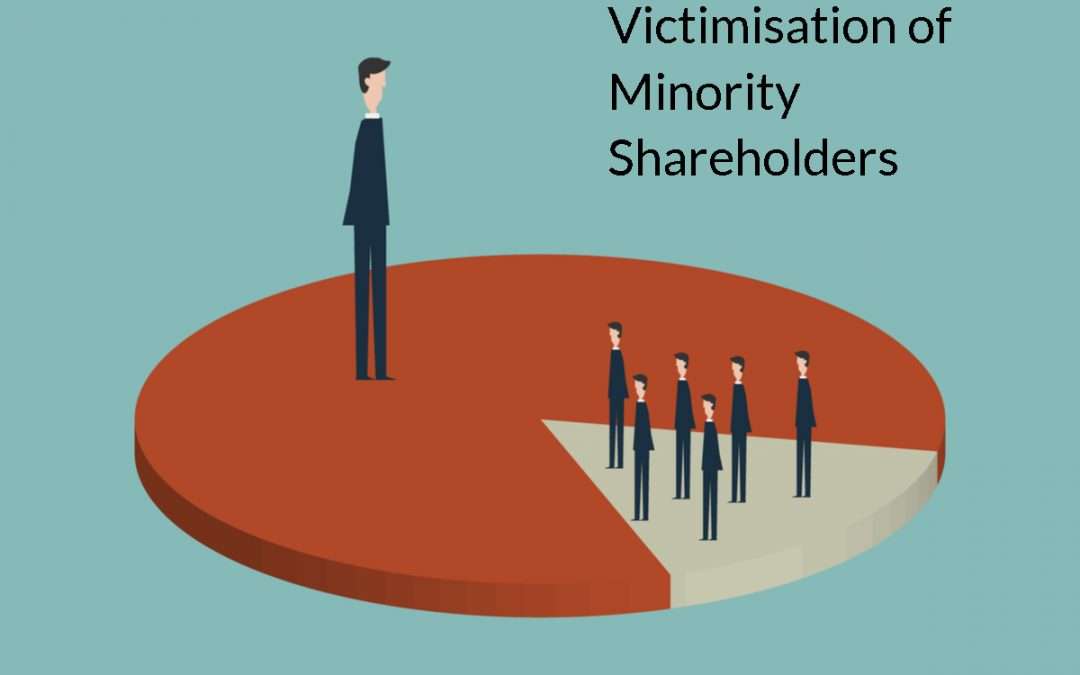 by Craig | Monday, May 11th, 2020 | Commercial Litigation News and Comments, News about NDP

Our Commercial Litigation Solicitors Look at How Some Directors are Using the Pandemic as an Excuse to Victimise Minority Shareholders, and What Action Can be Taken

Not only are emotions running high in these circumstances, the complexities of the limited company structure exacerbate the difficulties for the individual. A party who is being treated unfairly and is trapped within the company, is likely to be a minority shareholder.  As a minority shareholder they cannot pass Ordinary or Special Resolutions and effectively have little or no control over the company’s direction.

Andrew Wylde, one of our  senior Commercial Litigation Solicitors at NDP looks at why this is happening and explains that in these circumstances, it is possible to make an application to court to resolve the situation. 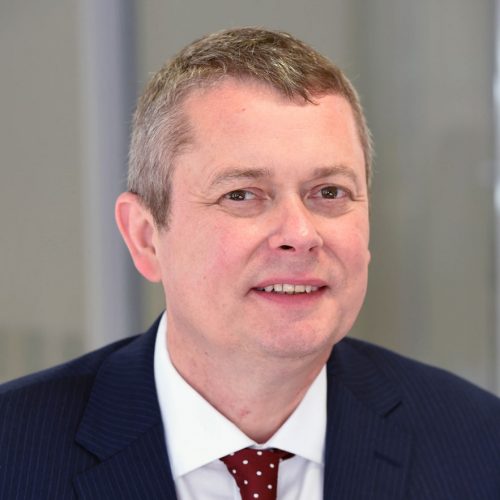 Why is this Situation Arising?

Conflict within businesses happens all the time, however it is something we are seeing an increase in during the current coronavirus crisis, caused by a combination of factors:

Such pressures lead to changes in behaviour and often makes the majority pick on the minority. The minority are the ones who the majority want to remove, often using bullying tactics to do so.

We have also seen and heard of examples where the majority can use the current situation simply as an excuse to get rid of someone they do not like.

Examples of this behaviour include:

What can a Shareholder do?

A minority shareholder (‘minority’ being defined as 50% or less of the shareholding) can Petition the court for the court to resolve the situation that they find themselves in.

The basis of the Petition is that the affairs of the company are being conducted in a manner that is unfairly prejudicial to the interests of shareholders, including the shareholder bringing the claim.

Section 994 The Companies Act 2006 – Petition by a Company Member

A claim for unfair prejudice is made under S994 of the Companies Act 2006. Once the court finds that the Petitioner is being unfairly prejudiced, it may make an appropriate order.

The types of conduct which are typically unfairly prejudicial include:

The Types of Order the Court can Make

Orders which the Court can make include:

In most cases, the Petitioner’s shares are purchased by the other shareholders.

Certain companies are treated by the courts as quasi-partnerships.

A quasi-partnership can exist where the shareholders also run the business and the monies paid for the shares are not simply an investment. In effect, if the business was not a limited company, it would be a partnership between several individuals working together to make a profit.

Consequences of a Quasi-Partnership

If the Court feels that the business is effectively a quasi-partnership, then it can:

In effect, where a court finds a quasi-partnership exists, it has far wider powers to find that certain acts or omissions are unfairly prejudicial and are more willing to intervene in the dispute.

A significant number of private limited companies are quasi-partnerships.

Valuation of the Shares

The court will determine the market value of the shares after consideration of both expert reports.

If you (or a client) have a small shareholding in a company and are being victimised or in some other way treated unfairly, you may feel as if you are trapped and have nowhere to turn. This is especially true at present. However, there are ways of protecting your position. One of the most effective is to ask the court to intervene and make an order under S 994 of the Companies Act 2006. 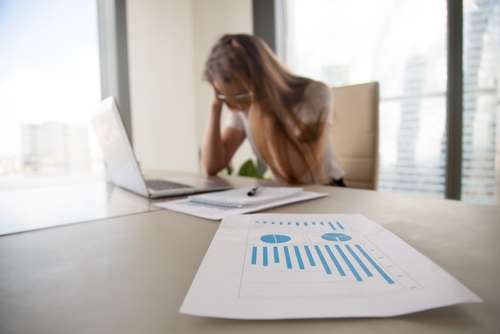 Increased Personal Financial Risk, Including Personal Liability for Company Tax Debts is on the Horizon

It is perhaps inevitable that in light of recent high-profile company failures (e.g. Carillion, BHS, Mothercare), the UK Government continues to target poor corporate governance, through its Consultation on Insolvency and Corporate Governance (‘The Consultation’).

The response to this Consultation, published in late 2018, is more bad news for the director, as it will, we believe, inevitably result in reforms that will increase the risk for the Director, especially though increased personal financial risk. In this article, our insolvency solicitors look at these reforms and comment on their likely implications.

The Target of the Proposed Changes

In our view, the focus and intention of the changes is to combat the practice of Directors setting up Phoenix companies. This is where the old company is Liquidated, leaving behind debts owed to trade creditors and to Her Majesty’s Revenue & Custom (of which more about in a moment), but where the Directors set up new a company doing more or less the same as the old company, with the same customers and suppliers, but debt free.

Likely Areas to be Targeted

We think key areas to be addressed arising out of the Consultation will include:

1) Broadly, the conditions are fulfilled in two or more companies where it can be demonstrated that:

2) A new company is created that is carrying on a trade or activity the same as ‘or similar to’ the two entities (or if more than two, two of the entities) during the five-year period and the individual has a ‘relevant connection’ with the new entity; and

3) At the time notice of liability is issued by HMRC to the individual, one of the original entities has an unpaid tax liability of more than £10,000.00 and that tax liability amounts to more than 50% of the total liabilities of the relevant companies.

What Happens if a Notice of Liability is Issued by HMRC?

HMRC are quite often the largest unsecured creditors in many liquidations. If these personal liability proposals become law, then we envisage very many Directors and Shadow Directors, who presently walk away from responsibilities to pay HMRC debts on company liquidations will no longer be able to do so, moving forwards.

These factors will need to be matters on which Directors are advised, with immediate effect.

The wider emphasis of legislative change continues to be to make directorial conduct more accountable and to maximise the collection of Tax revenue. These proposed changes do not even attempt to hide their emphasis or direction. Directors beware. This is more bad news for you.

Our director disqualification and insolvency solicitors can offer directors, who find themselves at risk as a result of this bad news, the expert professional advice they need. We won the small law firm of the year award at the Birmingham Law Society Awards in 2016 and were short listed in 2017, 2018 and 2019. Click here to see some of our testimonials Contact us or call us on 0121 200 7040 for a FREE initial discussion. 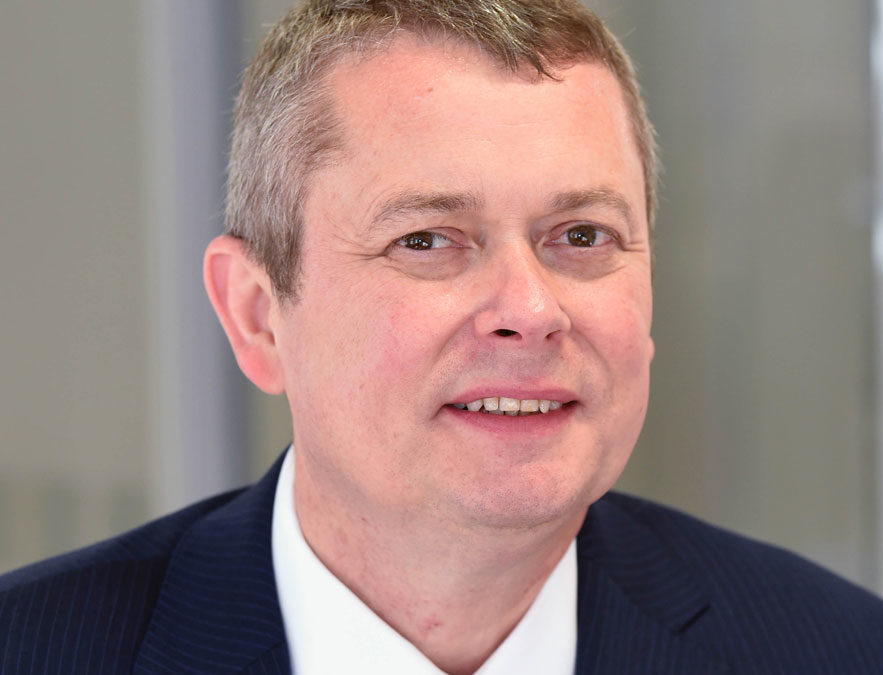 The cost of commercial litigation can be prohibitive for companies as well as individuals. In many cases, justice cannot be obtained simply due to the costs associated with legal proceedings. This situation is made worse where one party to litigation is financially stronger than the other. In this article, our commercial litigation specialists look at how Early Neutral Evaluation, a form of Alternative Dispute Resolution, can be used to make the whole process much more affordable.

Alternative Dispute Resolution is Encouraged by the Courts, but Can Increase Costs if it Fails

The courts actively encourage parties to litigation to engage in Alternative Dispute Resolution (ADR) a method of trying to settle disputes without legal proceedings. However, most forms of ADR (for example mediation) do not impress upon the parties the strengths or weaknesses of their case. Accordingly, ADR rather than resulting in settlement and avoiding the costs of lengthy Litigation, only adds to the overall cost if ADR fails and the matter continues to be litigated.

Early Neutral Evaluation (‘ENE’) is a form of ADR which in which parties are told quite clearly who appears to have the stronger case.

In an ENE, an independent evaluator is appointed by the parties to give an assessment of the merits of their respective cases. The evaluator provides an authoritative view of the issues at the heart of the case and an evaluation of the strength of the evidence.

In effect, the independent evaluator provides an indication as to who they believe has the stronger case and is likely to succeed at trial.

When is ENE Useful?

ENE is useful where:

What are the Advantages of ENE?

ENE and Other Forms of ADR

ENE does not necessarily have to stand alone. Quite often the parties attend an ENE as part of an ongoing ADR process. For example, an initial ENE decision could be given, followed by a mediation.

Having an indication of the strengths and weaknesses of each party’s case can be a powerful tool in obtaining settlement between the parties.

Commercial Litigation is time consuming and expensive and any step which can reduce the time spent and the expense should be welcomed. Obtaining a neutral evaluation at an early stage of litigation (possibly even be before proceedings are issued) can result in a significant saving to all parties.

Our Commercial Litigation Specialists have extensive experience of Alternative Dispute Resolution, in general, and Early Neutral Evaluation, in particular, with the team being led by Andrew Wylde. If you are involved in a commercial litigation process and are interested in finding out more About ENE, please contact us or call us on 0121 200 7040 for a FREE initial discussion.